A “Post-Racial” America Is Closer Than Ever, But Still Only a Goal

The mass murder in Charleston by a white supremacist has caused many to stop and consider where America is at with regards to racism, and I am personally moved to do the same. I will get back to real estate, but first allow me to share my own observations about this topic.

Old habits die hard and so do old prejudices, and they don’t die as quickly in some people as they do in others.  Like so many Americans, I was proud and pleased when America elected its first African-American president in 2008 and re-elected him in 2012.  However, I did not allow myself to believe that we had become a “post-racial America” in the sense that Americans had, as a whole, outgrown the biases and prejudices of the past.
We apply a variety of terms to such events — turning points, pivotal events, milestones, etc.  The election of an African-American president within a few decades of blacks getting the right to vote in many southern states was indeed such an event, and it had the same effect as other pivotal events such as the Supreme Court decision Brown v. Board of Education in May 1954, which declared segregation illegal.  That effect was to bring latent racism to the surface among some people.
As a student of history, I’m reminded of what happened after that historic Supreme Court ruling. As a 6-year-old in Denver at the time, I don’t have any personal remembrance of it. However, in the 1990’s I became active with Habitat for Humanity and studied Habitat’s history, including its birth on the grounds of Koinonia Farm outside Americus, Georgia.  Koinonia was created by Baptist minister Clarence Jordan as “an interracial Christian Community.”  Dallas Lee wrote an excellent history of it, Cotton Patch Evidence: The Story of Clarence Jordan and the Koinonia Farm Experiment 1942-1970  You can still buy that book on Amazon.com.
On Koinonia Farm, whites and blacks lived together in harmony, growing pecans and selling them to tourists driving to Florida. They lived together and ate meals as a community, which was offensive to many whites. The local Ku Klux Klan looked the other way for the most part — until Brown v. Board of Education.  That news brought on years of terror for Koinonia Farm.  “Nightriders” from the KKK drove through the community’s circular drive regularly, firing machine guns into the houses as the residents crouched on the floor.  No one inside those houses was ever killed, and, remarkably, the community did not surrender and dissolve.
Koinonia’s roadside pecan stands were fire-bombed more than once, but Clarence Jordan’s answer was to go into the mail order business with the motto, “Help Us Ship the Nuts Out of Georgia.” The community survived with the support of northern churches which purchased Koinonia’s pecans and sent them donations. Jordan accomplished this by going on speaking tours in the northern states, telling the story of Koinonia to rapt audiences.
You can still buy pecans from Koinonia Partners, although their home page appears to be hacked as I write this. (Their other pages aren’t, so just Google “Koinonia Farm” and bypass the home page.) Their “Hickory Smoked Pecans” have an interesting origin: In salvaging pecans after the roadside stand was torched, they discovered that the pecans tasted great, so they started smoking them.
The conservative reaction to Obama’s election in 2008 was appropriately muted, but derives, I believe, from the same dynamic of forward leaps awakening negative passions.  We saw it, for example, in people who, despite such evidence as a birth announcement in the Honolulu newspaper, claimed Obama was born in Kenya.
With the social networking of today, it shouldn’t surprise us that someone like Dylann Roof would erupt like a pimple on our civic face and, with our easy access to guns, do what he did.  We can, however, reasonably expect — again, based on history — that such pivotal negative events contribute to our societal emergence toward a post-racial America.  That is Martin Luther King Jr’s “mountaintop.” We can see it clearer, but we are not there yet.
As for my industry, real estate, I am impressed that years of education, combined with enforcement, has made Fair Housing an overall reality. Every agent knows there are “testers” from HUD in the field seeing whether agents will “steer” minorities away from some listings and toward others, and agents do that at their peril.  As a result, I don’t see it happening at all.  Individual landlords still have the ability to be selective, but that’s about it.

An additional thought: While it is wonderful that the confederate flag may cease to be officially displayed in South Carolina and in other Southern states as a result of this event, how about renaming the street on which Emanuel AME Church is located?  The address of the church is 110 Calhoun Street.  The street is named after John C. Calhoun, a prominent antebellum defender of slavery, best known perhaps for authoring "Slavery a Positive Good" in 1837.  It would be appropriate if Charleston were to rename the street Pinckney Street after the church's pastor who was one of the nine persons killed last week. 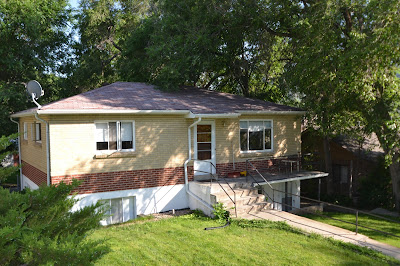 621 1st Street, Golden
$465,000
Video Tour at www.NorthGoldenHome.com
This up/down duplex in North Golden features two units, both with two bedrooms and one bathroom. The property has 4 alley parking spaces and 2 sheds. The location could not be better, with restaurants, shopping and trails all within walking distance. Showings start today, June 25th. For more details, contact listing agent Kristi Brunel at 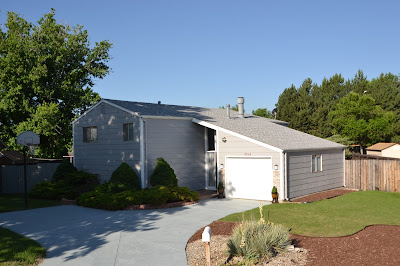 
This must-see bi-level home would make a great starter home in a quiet community. You'll like the oversized garage with workshop and the space big enough for a motorcycle or ATV. Also, the aspen-wood vaulted ceiling in the large living room gives a warm, open feeling to the home. There is a veritable master suite on the main floor with his & her closets. The 2 guest bedrooms are on the lower level, and it would be quite easy to create a 4th bedroom from the family room which opens to the patio. The big backyard includes raised garden beds, a jungle gym, a wide swing under a pergola and an expansive lawn. Double-wide gates to the front yard make it possible to store an RV, trailer or boat in the side yard. New carpeting and paint throughout make this home move-in ready for the buyer, who also gets free use of a moving truck and free moving boxes, bubble wrap, etc.
Open Saturday, June 27, 1-4 p.m.