Are You Prepared for the Death of America As We Know It? The Indicators Are There 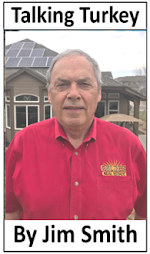 Perhaps you, like me, were under the illusion that all we needed to do to rescue America from the Trump disaster was to defeat his re-election bid and restore sanity and integrity to the White House.

That might well have been enough if we had seen a blue wave that severely reduced Republican influence in Congress, and if Trump had accepted the results of the election, but, sadly, we saw neither.

Now there’s talk that the Republican Party, dominated by Trump loyalists, could restore its control of Congress in the mid-term elections, which historically works against the party of the incumbent president.

Polling results which show the majority of Republicans believing that Donald Trump won the election and was only cheated of victory through voting fraud is nothing short of demoralizing for those of us looking to restore confidence in truth, justice and the American way. His followers, who are victims of Donald Trump as much as anyone, are armed and dangerous. They see the government as tyrannically punishing them for a thoroughly justified attempt to overthrow an illegitimate regime on January 6th, and are still plotting a more successful attack.

They will lose if they make another attempt, but the rest of us have already lost, simply because so many Americans think the way they do and would try again to overthrow their own government.

How did we get here and what are the other indicators that we may lose the battle to save America from complete chaos and destruction?

Historians take meaning from the rising wealth gap. Truly “the rich are getting richer, and the poor are getting poorer” at a frighteningly historic rate — long a predictor of grass roots rebellion, although Donald Trump has amazingly convinced large segments of the lower income population that he is their champion.

That speaks to another troubling indicator, namely the in-creased level of stupidity and gullibility of the American public. Personally, I can’t think of anything that would piss me off more than discovering I had been conned, lied to and cheated — and Trump has done all three to the white middle class who still support him.

How did that happen?  The word “white” has a lot to do with it. Recently I read the book White Rage, and I recommend it to anyone trying to understand Trump’s accomplishment in seducing white America into believing his every lie. The subtitle of the book is “The Unspoken Truth of Our Racial Divide.” Here’s a paragraph about it from publisher Bloombury’s website:

As Ferguson, Missouri, erupted in August 2014, and media commentators across the ideological spectrum referred to the angry response of African Americans as “black rage,” historian Carol Anderson wrote a remarkable op-ed in The Washington Post, suggesting that this was, instead, “white rage at work. With so much attention on the flames,” she argued, “everyone had ignored the kindling.”

Only something as strong as deeply embedded racism can cause someone to go against their other held beliefs. That’s why I’ve always maintained that unexpressed racism (or white rage) is at the root of the undying loyalty of Trump’s base. Tucker Carlson and Ted Cruz are trying desperately and unashamedly to assume that mantel, but it’s hard to do so when their “first love,” Donald Trump, is still alive and threatening to run in 2024.

What might disenchant Trump’s base from their infatuation with him? We already know that he could shoot someone in the middle of Fifth Avenue and not lose a single vote — something I didn’t believe at first — and talking about his celebrity permission to grab women by their privates didn’t do it. Nor did the accusations by 20-plus women that he raped or molested them — far more allegations than are being faced by Gov. Cuomo or even Matt Gaetz. So what could do it?

If Trump is indicted for tax fraud and mortgage fraud, as seems likely, based on already published information, will that have any effect? Probably not.

The good news, of course, is that while Trump may enjoy majority support of registered Republicans, that number is only enough to win the day in deep Red counties and states. It’s hard to imagine him winning the presidency again, nor will allegiance to him by other candidates like Ted Cruz and Josh Hawley win them needed votes in the battleground states which rejected Trump this year.

But that’s not comfort enough to feel good about the future of America. I remember one broadcast journalist opining that the worst scenario for 2024 would be that Donald Trump would run, lose and again declare that the election was stolen, thereby launching another attack on America by his militia supporters.

Here are some other indicators which discourage me regarding the future of this once great country.

First, there’s Fox News, which continues to provide a platform for Tucker Carlson and others to knowingly lie and mislead their audience about anything they want in an effort to create an angry anti-government population. The network is owned by the Murdochs, but it might as well be owned by the largest propagators of disinformation before Fox News took that title from them — the Russian intelligence community.

There is a manual for how to destroy a democratic nation, and it was written by the Russians. Near the beginning of the book How Fascism Works: The Politics of Us and Them, author Jason Stanley makes the point that democracy contains the key to its own destruction under the right circumstances because of its core freedom — the freedom of speech.

The growth of social media has put freedom of speech on steroids, and the Russians and others have wisely taken advantage of social media and the ability to impersonate ordinary Americans to amplify right wing, white supremacist and other anti-government and anti-freedom themes. The central strategy of disinformation is to identify issues of conflict in our society, then impersonate extremists on both sides of the issue. Success is measured by the street violence that occurs when those false voices inspire real persons to go to the streets, hopefully armed, to attack each other.

The gun issue is particularly intractable. The Second Amendment could have used the words “National Guard” instead of “militia” or, conversely, our states could have used the term “militia” instead of “National Guard” and saved America a lot of unnecessary misinterpretation of what the founders intended. The Bill of Rights was written at a time of distrust of central government by the states. The Second Amendment was designed to protect the right of individual states to create armed militias to protect against tyranny by the central government. Hence the term “well regulated.”  With that understanding, now read the text: "A well regulated Militia, being necessary to the security of a free State, the right of the people to keep and bear Arms, shall not be infringed."

We can take some comfort from the defection of certain mainstream Republicans following the Jan. 6th insurrection, including Mitch McConnell, Liz Cheney and Mitt Romney. Trump’s insults and the death threats from his followers are unlikely to draw them back into the fold.

Another book I strongly recommend is Merchants of Doubt: How a Handful of Scientists Obscured the Truth on Issues from Tobacco Smoke to Global Warming.  It recounts the tobacco industry’s effort to discredit the “settled science” that tobacco smoking causes lung cancer. By finding a few scientists who claimed that it wasn’t settled science, they gave ammunition to the tobacco lobby and the politicians they had bought. The same approach is being used today to cast doubt on human-caused climate change.

Watch This Great Video from The Washington Post About Statehood for Washington, DC

Subscribe to the Reliable Sources nightly newsletter at www.ReliableSources.com, and set your DVR to record it every Sunday at 9 a.m. Mountain Time.
Posted by Jim Smith at 9:32 PM No comments: