Brokers and Sellers Must Disclose Defects Learned From Inspections, Not Just Known Defects

Many contracts to buy and sell homes are terminated when the buyer discovers hidden defects as a result of a professional inspection.  These “learned” defects — unknown to the seller before the buyer’s inspection — can cause the buyer to terminate outright, or maybe the buyer will ask for certain defects or problems to be corrected. If seller and buyer can’t agree on what the seller will fix, the contract terminates.

For the seller, refusing to fix anything could be a way to get out of a contract, but, assuming the seller still wants to sell, he will do what it takes to keep the contract alive, knowing that the disclosed defects must be disclosed to a future buyer.
For this reason, the smart buyer’s agent will be sure to include the full inspection report along with his/her inspection objection notice.  This increases the pressure on the seller to comply with the buyer’s repair requests, knowing that he must disclose new defects that he wasn’t aware of before.

Some listing agents, however, ask not to be sent inspection reports so that they and the seller won’t “know” about these newly discovered defects and therefore won’t have to disclose them.

Is this policy ethical or legal?  Both ethics and law require sellers and their brokers to disclose all known defects. I’m not going out on a limb when I assert that it is contrary to that legal requirement for a seller and broker, when offered information about defects, to put their fingers in their ears and say la-la-la-la-la-la-la!  But it happens.
Just this week, I got a call from a reader who said that a buyer terminated a contract on his house because of a negative engineer’s report about his home. The seller called me because his broker said they shouldn’t ask for the engineer’s report because they’d have to disclose what that report says.
The seller said he was uncomfortable and wanted my opinion, which I was happy to provide. (I thanked him for giving me a subject to write about this week, too!)  The seller added, “I want to know if there’s something wrong with my house!”  He wanted to fix whatever it was.  I encouraged him to request a copy of the report.

When representing a buyer, I usually submit the inspection report along with the inspection objection notice, because I want the seller to appreciate that there are other defects we are not asking to be fixed. Once or twice the listing agent has responded by saying that he deleted the inspection report without reading it for the reason described above.
Real estate attorney Hap Burnham agrees with me that such “ostrich behavior” is a bad idea. He says it carries a significant risk of a lawsuit against both broker and seller from the eventual buyer for fraud in failing to disclose material adverse conditions.
I asked Marcia Waters, director of the Colorado Division of Real Estate (our regulator) about this policy and she replied as follows: “I think this type of behavior would fall under the category of ‘unworthiness and incompetency.’  I understand that inspection reports may create issues, and there are concerns about the validity of the content because home inspectors are unregulated professionals.  In this scenario, it was an engineer that prepared the report.  Engineers are regulated by the Division of Professions and Occupations. … Regardless of whether there is agreement on the content of the report, once the report is issued, the seller and the broker representing the seller should be prepared to deal with the issues identified on the property.  Destroying the report does not absolve a real estate broker of the responsibility to disclose a known material fact.”
What is your opinion?  Do you think this practice is unethical and illegal?


[Published Aug. 27, 2015, in the Jeffco editions of the Denver Post's YourHub section and in four Jefferson County weekly newspapers] 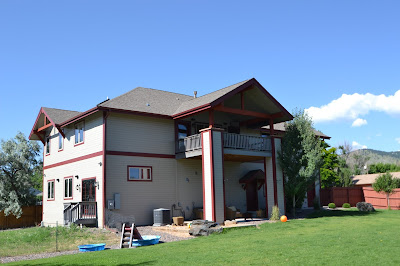 
I’m surprised this home is still available. So many buyers crave what this has to offer — a fully finished and oversized 5-car garage. What does a fully-finished garage look like?  First, the walls, floor and ceiling are finished.  Add heating and, yes, a bathroom. Natural light from windows are supplemented by extensive fluorescent lighting. Talk about a man cave! Upstairs is the main floor with a gorgeous kitchen featuring granite countertops, under-cabinet lighting, rich cherry cabinets and porcelain tile floor, open to a huge living room wired for surround sound. The master suite is super sweet, and the guest bedrooms also have walk-in closets and share a Jack-and-Jill bathroom. Open Sunday, 1-4 pm. 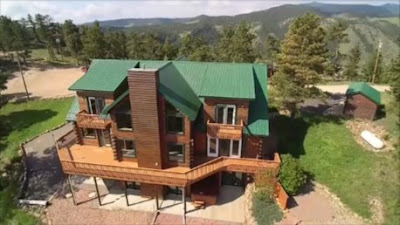 This Modern Log home sits on a 2-acre lot high atop a ridge north of Golden. At 7,500 feet elevation, it offers a view of the plains to the east as well as the mountains to the west. It has an oversized 3-car garage, which, like in the house above, is fully finished with epoxy floor, finished walls and ceiling and wall-mounted cabinetry from Premier Garage. A special feature of this house which will save on insurance cost in the whole house fire suppression (sprinkler) system and the metal roof. The home has nearly 5,000 finished square feet, including a main-floor master suite, a gourmet kitchen and so much more. To see it all, including great aerial views, visit this home’s website (above), then come to our open house this Saturday, 1-4 pm.