Forgiveness Is an Important Trait, and Trump Supporters Get to Practice It a Lot

I have detected a common theme in the writings of Trump supporters, one that is also present in his campaign advertising.  It goes something like this: “Yes, the man is crude, rude, and even obscene, but he gets things done.” As good Christians, which most of his supporters are, they forgive him his flaws and, after all, Jesus died for his sins, too. You’ll recall that one reader whom I referred to as “Mary” compared him to Einstein, noting that all geniuses (even stable ones like Trump) have flaws.
Donald Trump certainly does exercise his innate flaws, giving his supporters plenty of opportunity to practice forgiveness.

They forgive him — if not praise him — for saying that there were “many fine people” among the alt-right demonstrators in Charlottesville who marched with torches chanting, “Jews will not replace us!” even though one of them killed a young woman by driving his car into a crowd of people protesting those “fine people.”
They obviously have forgiven him for the Access Hollywood tape and for getting his fixer, Michael Cohen, to pay off a porn star — and then forgave him for lying about it.
They forgive him — or perhaps believe him — for saying that he knows more than the generals about military matters and more than all 17 intelligence agencies about Vladimir Putin.  They also forgive him for having Michael Cohen negotiate a Trump Tower Moscow during the 2016 campaign, which probably explains why Trump never criticizes Putin.  And, oh yes, they forgive him for attacking many of our allies while praising many dictators.
They forgive him, I guess, for having a one-on-one meeting with Putin in Helsinki with only an interpreter present and then confiscating the interpreter's notes. What did they discuss?  Real estate?  And why haven't the Democrats made more of an issue of this?
They forgive him for being a compulsive liar — or, worse, think he always tells the truth. All politicians lie, they say, so you have to forgive him for misstatements. They say that Obama lied too, but, coincidentally, every one of them cites the very same lie from Obama that “if you like your doctor, you can keep your doctor.”  Find some new ones!
They forgive him — even like him — for using  “locker-room language” to describe those who don’t like his policies. If he were a U.S. Senator and spoke like that in a chamber where Senators still address each other as “the gentleman from Texas” or “the gentle lady from Minnesota,” he’d be censured or even expelled, but his Senate enablers instead praise Trump, lest he endorse a primary challenger.
They forgive him for his constant and ongoing bullying on Twitter.  I wonder whether Melania Trump, who has made online bullying her issue, forgives him. We'll probably only know after Trump leaves office.
After writing several “Talking Turkey” columns about the unwavering support President Trump enjoys and concluding that members of his base are “unreachable” through logic, reason or the recitation of facts, I have received many emails from Trump supporters who resent that conclusion and contend that we who oppose Trump are the unreachable ones who ignore facts and believe lies.

All of this has taken me back to school, it seems. I have been reading about “confirmation bias,” an academic term which Wikipedia defines as “the tendency to search for, interpret, favor, and recall information that confirms or supports one's prior personal beliefs or values.” Everyone, it seems, suffers from confirmation bias, so the question is what are one’s “personal beliefs and values.”  Fox News and talk radio feed the confirmation bias of Trump supporters.
Currently I’m reading The Righteous Mind: Why Good People Are Divided by Politics and Religion, a 2012 social psychology textbook by Jonathan Haidt.  It is very enlightening but also very discouraging, in that I’m learning exactly how easy it has been to divide America and how hard it will be to bring us back together. The first part of the book is filled with academic details which I found difficult to follow at times, but his explanation of confirmation bias made sense. Wikipedia’s entry is much more readable!

"Enemy of the People"

I strongly recommend watching "Reliable Sources" on CNN at 9 a.m. Sundays and subscribing to host Brian Stelter's nightly newsletter.  You can subscribe to it at http://cnn.it/reliable.  Here's the lead story from his Thursday night email:

I usually come up short when I reach for words to describe the radicalization of the far right in America. This short video conveys it like no words can. Kevin Vesey, a reporter for News 12 Long Island, covered a reopening rally in Commack on Thursday. Vesey was harassed by a bevy of pro-Trump protesters who called him "fake news," a "traitor," and so on.

After he shared the video on Twitter and it went viral, Vesey followed up by saying, "I'll probably never forget what happened today. I was insulted. I was berated. I was practically chased by people who refused to wear masks in the middle of a pandemic. All the while, I was there to tell THEIR story." He did, and he filed this fairreport at the end of the day.

Among the verbal arrows targeting Vesey: "You're disgusting." "You are the virus." "You are the enemy of the people!" "You shouldn't be here." "Traitor!" "F--- you. You guys are f---ing fake news." Some of the taunts were very personal, reflecting the fact that Vesey is well known in the community: "Tell the truth, Kevin, come on." At one point the crowd chanted: "Fake news is not essential."

This crowd didn't reflect all Trump supporters, nor did it reflect all Long Islanders. But these behaviors toward the news media... the intolerance... the indecency... have all been modeled by President Trump for several years. No one should be surprised to see it infect local communities. But everyone should be disturbed by it. Constructive critiques make journalism better, but destructive attacks make society worse.

Perhaps you’ve harbored the thought that if only you could show Trump supporters this or that story or this or that flaw in the president that they might vote against him or just stay home in November.  Forget it.  They’re unreachable.
If we’ve learned anything about them, it’s that there is nothing Trump can do or say that will change their minds. If what is already known and recognized about the man isn’t enough to sway his supporters, there is nothing Trump — or Biden — can say or do that will make any difference.
This became clear to me from the many pro-Trump emails, letters, phone calls and texts that I received as a result of my previous “Talking Turkey” columns. I want you to see this for yourself, so I have compiled 36 pro-Trump emails into a 13-page PDF that you can download and read.
A reader alerted me to the term “Cult 45” to refer to his supporters. (Trump is the 45th president.)  Googling the term, I found this in an Eric Zorn column in the Chicago Tribune on Nov. 11, 2019, which suggested the term go mainstream: "A Monmouth University survey asked 401 respondents who approve of the president's job performance, "Can you think of anything that Trump could do, or fail to do, in his term as president that would make you disapprove of the job he is doing?" Sixty-two percent answered no, nothing their dear leader could do or not do would shake their faith in him."
It’s common to speak of people on both sides of the political divide as being in a “bubble,” where they simply are unaware of the facts or pseudo facts fueling the other side of the political divide.  I’ve concluded that it’s more like an “iron dome,” a term coined to describe the anti-missile defense system protecting Israel from its neighbors.
Trump supporters have provided many videos to convince me that I’m wrong about Trump, and they’re worth watching. They reveal the strategy for expanding his base.
Central to their strategy is painting mainstream media as the enemy of the people. One video says simply, “DON’T WATCH THE NEWS!”  The argument is that anything negative about Trump must be a politically motivated lie, no matter how rooted it is in facts. The key is for people get all their news from Fox News, One America Network and Trump’s own tweets. (He has 79 million Twitter followers. FYI, Barack Obama has the most, 117 million, and Michelle has 15 million)
Turn-out in November will be huge for Trump, driven by fear mongering about socialism, gun confiscation and killing of newborn babies if Democrats win. A big political attack will be “Spygate,” re-banded as “Obamagate,” and it will be built up to a frenzy inside the iron dome he has created by isolating his base from fact-checked journalism.
Trump, however, will motivate turnout by Democrats too, and turnout will determine the winner. A huge concern for Trump is mail-in voting like we have here in Colorado, which makes voting easier.  Easier voting means bigger turnout, which historically has favored Democrats. It probably contributed to Colorado "going blue." 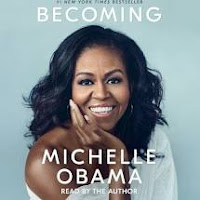