It’s a Seller’s Market, as Buyers Put Half of Non-Foothills Listings Under Contract

My latest end-of-month statistical analysis shows that the buying spree in Jeffco and metro-wide has not slowed down as much as it has leveled off.  Here is my analysis by county or area. 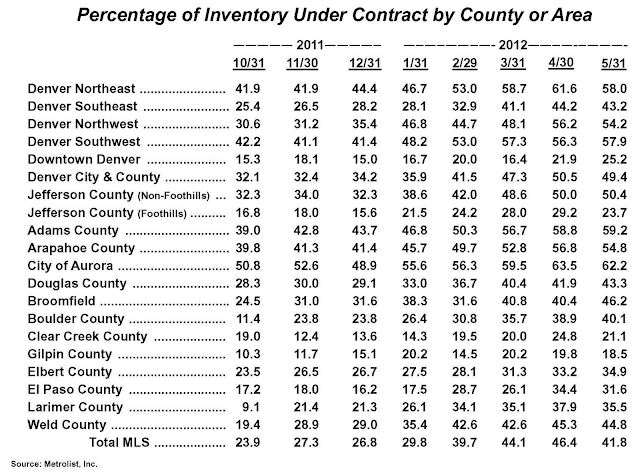 At the end of April, exactly 50% of Jeffco’s non-foothills listings were under contract, and at the end of May, that percentage was basically unchanged at 50.4%.  Two other metro counties showed slight increases, although the percentage for the entire MLS showed it first decline since I started tracking this statistic in October.  With mortgage rates staying at record lows, buyers know that the time to wait is over.

Here is the breakdown by price range: 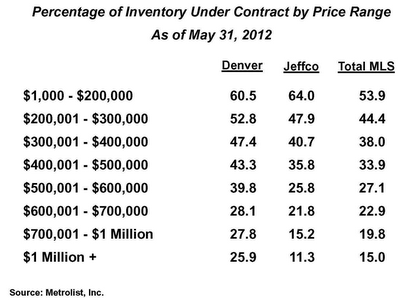 
I have updated the “Buyer Needs” page on our website (www.GoldenRealEstate.com) and, like many other agents, have resorted to sending letters to homeowners asking if they’d be interested in selling to a buyer who is looking for a home like theirs.


Uncertainty in the Euro zone is reportedly contributing to keeping interest rates low in the United States, but, whatever the reason, buyers are definitely taking advantage of the increased affordability on homes in every price range due to low interest rates.
Posted by Jim Smith at 9:02 PM