Here's the statistical analysis I do at the end of each month showing the percentage of MLS inventory that is under contract by city, county or area.  Not only was the surge in percentage from December 31 to January 31 the highest of the last 13 months, but the percentages in each area were higher than at any time in 2012 except for the months & areas shown in red: 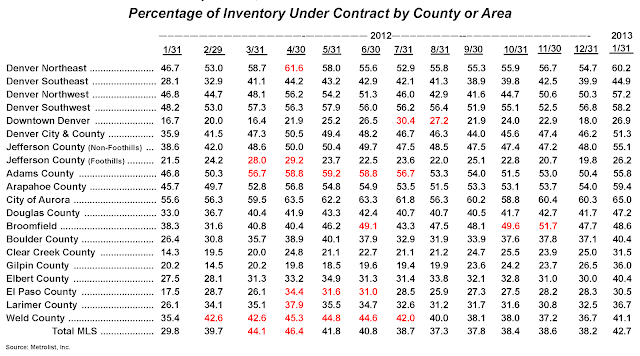 The chart below shows that this surge in buyer activity was reflected in every price range, too, although the increase was softer in the $600's: 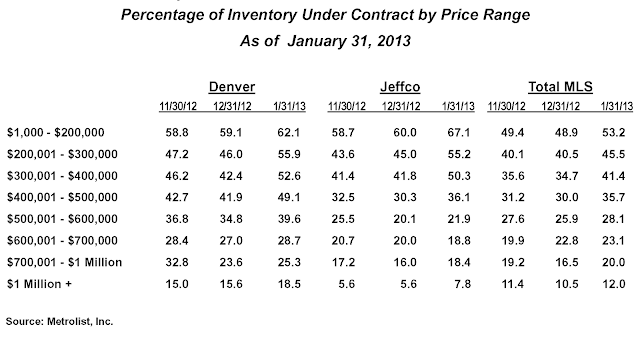 For a frigid January, this activity is extraordinary.  Would-be sellers would be well advised to put their homes on the market now instead of waiting for the spring or summer "selling season."
Posted by Jim Smith at 9:09 PM