Did Your Home Fail to Sell Last Year? Consider This Current Market

[Published Feb. 20, 2014, in the Jeffco editions of the Denver Post's YourHub section and in five Jefferson County weekly newspapers. Metrolist charts appear only in this posting.]


I’ve written before about the dynamic real estate market we are currently experiencing, but I feel compelled to describe my experience with this market over the last couple weeks..

As I write this, I’m completely sold out — not a single listing to feature (although I have one lined up for next week).  At Golden Real Estate, we have two active listings and eight contracts.


You could say that we can’t keep product on the shelves.  As soon as we list a house, it sells, usually for more than the listing price.


The last two weeks saw identical scenarios.  Each week I put a listing on the MLS on Wednesday night, then featured it in Thursday’s newspapers. We had 20 to 40 agent showings by Saturday afternoon, when I held a 3-hour open house that was besieged by no less than 20 to 30 sets of visitors. By Sunday, each house was under contract for $3,000 to $8,000 over the asking price.  One of those contracts was cash, waiving appraisal, and closing in 15 days.  (As this is published, it already closed.)  The other contract was nearly as exceptional.


I also had the following buyer experience. A buyer from California was in for the weekend to look at homes in advance of a July relocation to Colorado.


We looked at a half dozen homes on Friday, then a new listing came on the market Friday afternoon.  It was a home that had been on and off the market since 2010 without selling despite multiple price reductions. It was listed this time for $5,000 more than last year’s attempt and got three competing offers, including ours, by Saturday noon.  By including an escalation clause in our offer, my buyer from California was able to snag this listing for $6,100 over its asking price.


It seems that Jefferson County is literally crawling with buyers looking at the few listings which become available and then competing to buy them.  As I write this, there are 6 listings for sale in the entire City of Golden, but there are 24 listings under contract. 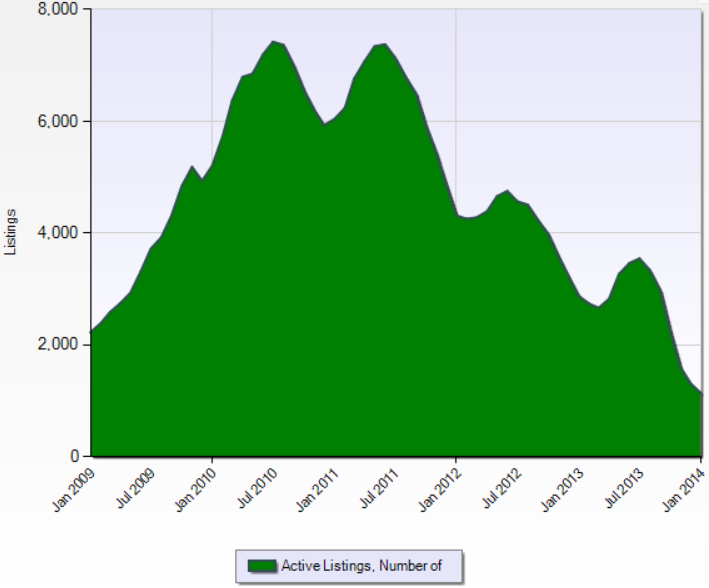 In all of Jefferson County, there are 1,008 active listings as I write this and 1,124 listings under contract. Here’s how many active listings there were on Jan. 31st in prior years:  [See 5-year chart]


Data and charts are provided by Metrolist, LLC. 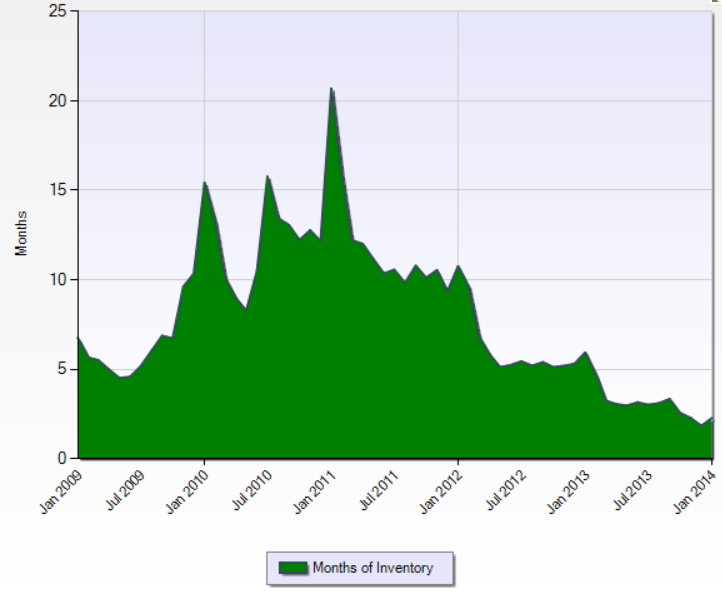 According to Metrolist (Denver’s MLS), we have 2 months of inventory at this time in Jefferson County.  Here’s the inventory from previous years: [See 5-year chart.] 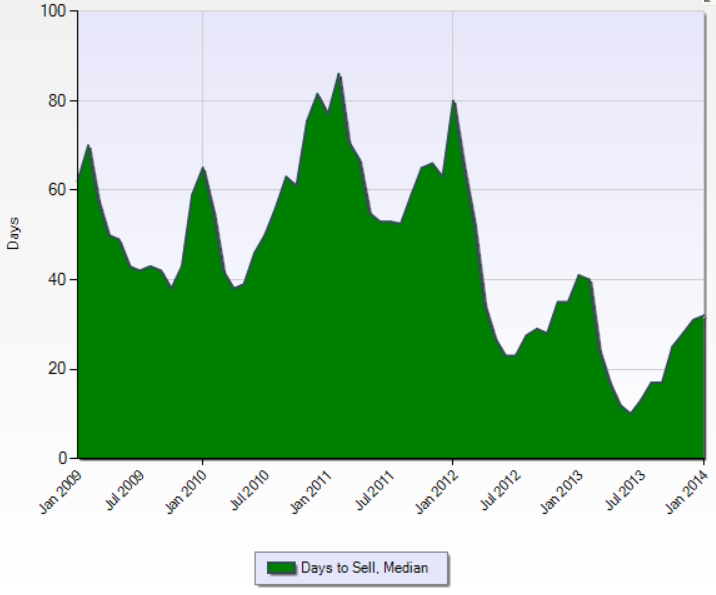 How fast are Jeffco homes going under contract compared to prior years?  Right now the median time on market is 32 days. [See 5-year chart]


Sellers who failed to sell their home in previous years could learn from these experiences over the past several weeks. The bottom-line message for sellers is that now is the time to put your home on the market.  Call us or another agent today.  Don't miss this opportunity!
Posted by Jim Smith at 11:34 PM