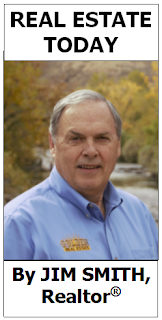 By the time this column appears in print, all Colorado homeowners will have received in the mail a letter from their County Assessor declaring the “Actual Value” of their real estate holdings in that county. I own both a commercial property (Golden Real Estate’s office) and my personal residence, so I will be receiving two such letters.

The letters give taxpayers until June 1st to file an appeal of that valuation which, if successful, could lower the “Assessed Value” (explained below) against which taxes will be levied for 2017 and 2018.

Property taxes in Colorado are paid in arrears, which means that the property tax for 2017 isn’t payable until April 2018, and the property taxes for 2018 will be payable in 2019. The valuation you just received in the mail, however, is not a statement of your home’s current value.  Rather, it is a statement of your home’s market (or “Actual”) value as of June 30, 2016, based on its condition on January 1, 2017.


In other words, if your house was significantly improved between last June 30th and January 1st, the assigned value should be what your home in its new condition would have been able to sell for on June 30, 2016, based on what comparable homes did sell for prior to that date. (You may need to read these two paragraphs a few times!)


The good news is that even though your home’s value has continued to increase since last June and will continue to rise for the next year or two, you will only pay property taxes for both 2017 and 2018 based on what it might have sold for in June 2016.


Nevertheless, many of us (me included) are going to be shocked at how much the assessor claims our homes have increased in value.


Additional good news for homeowners is that, because of both TABOR and the Gallagher Amendment — too complicated for me to explain here — the percentage of “Actual Value” against which your local mill levy will be applied, has reduced by almost 10% — from 7.96% of actual value to 7.2%.  That creates the “Assessed Value.”


And it gets even better. Unless the voters in a particular tax district voted to “de-Bruce” the mill levy, that tax district must lower its mill levy as much as necessary to keep its revenue from increasing beyond TABOR limits based on population growth plus any increase in the cost of living. For example, the City of Lakewood has lowered its mill levy a couple times since 2011 to comply with  TABOR limits. That’s not the case, however, with our biggest mill levy, Jeffco Schools, which “de-Bruced.”


Nevertheless, since your property taxes are the sum of multiple mill levies from various districts, that hypothetical rate of 100 mills that I used above might actually be lower this year, further reducing your property tax bill.


To guide Jeffco homeowners through the appeal process, I created a website which you may find helpful. It’s at www.HowToAppealValuations.info. Meanwhile, let me give you some key advice.


1) You can only appeal the assessor’s valuation by citing comparable sales during the 24 months prior to June 30, 2016. Unless your home was mischaracterized (wrong neighborhood, style, etc.), all eligible comps are listed under “Neighborhood Sales” on the assessor’s web page for your home, so don’t bother looking elsewhere.


As I write this, I haven’t seen the letter myself. Last cycle, the Jeffco Assessor stopped saying which comps they used to calculate each home’s value.  That’s unfortunately. By comparison, Denver’s assessor gives at least 3 comps and shows on their website how each one was used to establish value, much like in a formal appraisal.