Have You Ever Been Conned? (If You’re a Trumper, No Need to Answer)

We have all been conned at one time or another, and it’s a terrible feeling when you realize you’ve been conned.

The fact that Donald Trump still has as many supporters as he does must make him the most successful con artist ever. But no con artist lasts forever. Joseph McCarthy conned Americans into thinking actors, journalists and professors were communists, but eventually he fell. Donald Trump will fall too, and it’s interesting to see that he’s now employing the same technique of communist fear mongering as McCarthy did. As I noted in my Talking Turkey column on April 9th, Trump’s first and greatest mentor was Roy Cohn, who served Senator McCarthy in his 1950s witch hunt.

The original con of Trump is that he’s a successful businessman. As detailed in numerous books, not just Mary Trump’s, he is, in fact, a serial failure, filing numerous bankruptcies. When he conned banks into lending him millions of dollars which they then lost, he conned them into continued support to avoid their own embarrassment. We still have much to learn, thanks to the ongoing criminal investigation of the Trump Organization in New York, especially with regards to Deutsche Bank.

A good example of this ongoing con was an email I received this Tuesday morning from Bob D.  It forwarded an urban legend titled “A Man With a Good Heart” Here it is:

The 14th of June, 1946 is the birthday of a boy born in the Jamaica district of Queens, NYC. In 1995, his car has a flat tire. A black man walking by notices it's owner is wearing a suit. So he fixes the flat. "How can I repay you?" asks our birthday boy. "My wife has always wanted some flowers" A few days later, the black man's wife gets a beautiful bouquet of flowers with a note saying, "Thanks for helping me. By the way,....the mortgage on your house is paid off." A USMC Sargent spends 7 months in a Mexican prison for a minor charge. He is beaten. The man from Queens sends him a check for $25,000 "To get you started." A black bus driver saves a suicidal girl from jumping off a bridge. Our Queens man sends him a check for $10,000. A rabbi's critically ill son needs to get from NCY the California for specialty care. No airlines will fly him. The generous man pays for a private flight for the child. This kind man from Queens commits many other "quiet acts of random kindness." A wise man once said "If a man's heart is good,....Nothing else matters. And if a man's heart is bad,....Nothing else matters." Who is this kind man?...???.Trump. Donald J. Trump,....a man with a good heart.

When I replied to Bob D. with a Snopes link about this urban legend, he replied as follows, which says so much about the victims of Trump’s artistry:

“Comrade, Who is trying to 'con' who with your propogandist pap?  Your case of TDS (Trump Degenerative Syndrome) is the worst I have seen! Get over it! Trump won, commies lost!”

A con survives in darkness. As it is unraveled by those who see it, those who don’t see it are told that the truth is not the truth, and not to read or watch those news sources that say otherwise. That strategy is abetted by conservative TV and radio talk show hosts who lend credibility to the con over and over.

When I responded to another discredited line with a Snopes link, the writer replied simply “Snopes=Soros.” That’s not true either, but it allows the propagators of disproven stories to dismiss the single best non-partisan source of fact-checking. 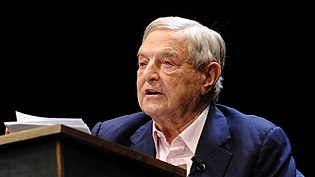 (George Soros, if you don’t know, is a wealthy backer of Democrats.)

What amazes those of us who see Trump for the con artist he is, is how he has been enabled by Senators and Congressmen who do know that it’s a con, but choose to perpetuate it for their own political gain. This will change when continuing to support Trump more clearly spells re-election defeat and/or when Trump is out of office, hopefully in January.

I know Sen. McConnell and his co-enablers know the truth but choose to ignore it, because clearly every Senator and Congressman does read the Washington Post and the New York Times and does watch CNN and the broadcast networks, because that’s virtually required when you’re an elected official.

From the very beginning, we’ve been waiting for “moderate” Republicans to turn on their “dear leader,” but that’s regrettably still in the future — hopefully, for our nation’s sake, in the near future.