Of all the books written by former confidants, friends and family about Donald Trump, only Michael Cohen’s book Disloyal addresses the biggest mystery of Trump’s ascendancy — his popularity among Christian evangelicals. 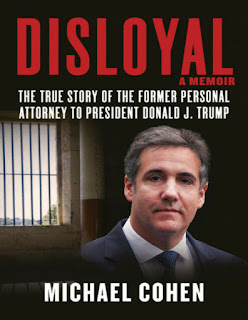 Even the evangelicals admit that Trump is not a model Christian. Heck, he doesn’t even attend church. So how did this man gain the undying support of evangelicals? Michael Cohen describes with some pride and in convincing detail how he, not Trump, made it happen.

As he recounts in an early chapter, it all began with, of all people, Justin Bieber. Cohen learned that Jerry Falwell Jr.’s daughter Caroline was infatuated with Bieber, and when there was a Bieber concert in town, he offered to get a VIP pass for her. With his connections, Cohen made the arrangement, even offering the possibility of a meet and greet for Caroline.

Falwell was so blown away by this favor that he said he’d do anything in return. That return favor ended up being to arrange for himself and a number of other evangelical leaders to meet with Donald Trump in Trump Tower.

This was in 2011 when Cohen was urging Trump to run for president and it was being considered. At the get together, Michael Cohen, who is Jewish, watched with astonishment as Falwell orchestrated a laying on of hands by all those evangelical and Pentacostal leaders on Trump, a germaphobe, who pretended it was all very real for him. After the clerics had left, according to Cohen, Trump said, “Can you believe that bullshit? Can you believe people believe that bullshit?”

During that same meeting, there was a discussion of Trump running for president in 2012, and Falwell said the timing wasn’t right. As Cohen describes it, Trump agreed for two reasons. First, he couldn’t see himself being successful up against Barack Obama, but secondly, there was money still to be made on his reality show.

By 2015, the money engine was beginning to slow down, and Cohen again pressed Trump to run. About this time, Falwell came to Cohen, the friend and fixer, with a serious problem. A photographer had convinced Falwell’s wife, Becki, to pose draped over the front of a farm tractor, like you might see on certain calendars. As the shoot proceeded, clothing started coming off and finally there Becki was, reclining topless on the tractor.

The photographer was ready to publish those pictures, and Falwell sought Cohen’s help in preventing that from happening. Cohen swung into action and was successful primarily through threats of legal action against the photographer. Falwell was delighted and, although there was no quid-pro-quo about it, Cohen subsequently got Falwell to endorse Trump as a “repentant Christian” just prior to the Iowa caucuses. The rest of the evangelical leadership, many of whom had participated in the 2011 laying on of hands at Trump Tower, fell in line, and their congregations followed suit, convinced by their leaders that Donald Trump was one of them and shared their values despite his worldly (and abundant) flaws.

Now it all makes sense. And now we know that it was Michael Cohen who orchestrated Trump’s evangelical following, without whose considerable support he could not have won the presidency in 2016.

Previously, it was John Bolton who gave me the up-close portrait of the president which made so much sense, and Mary Trump’s explanation of family dynamics along with her psychological insights were so convincing, but this book by Michael Cohen, which I haven’t yet finished, is the final touch. Please read it.

How long it will take for his followers to become disillusioned about Trump we don’t yet know, but there is enough in print already to do the job.