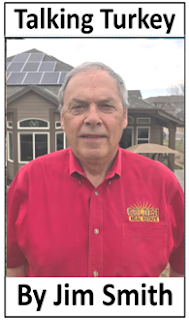 A couple weeks ago, I made the point that our Constitution guarantees that the United States will never be a true democracy. Several readers correctly pointed out that the United States is not a democracy but rather a republic. I responded that we are supposed to be a democratic republic, and the Constitution in effect guarantees that can’t happen.

But moving on, let’s talk about the ongoing subversion of our democratic republic by Donald Trump and his minions. A recent article by Prof. Robert A. Pape of the University of Chicago reported on that university’s Project on Security and Threats, which has been tracking insurrectionist sentiments in U.S. adults. Their latest survey in June 2021 found that 47 million American adults agree with the statement that “the 2020 election was stolen from Donald Trump, and Joe Biden is an illegitimate president.” Since 74 million Americans voted for Donald Trump in 2020, perhaps we can take comfort that only 63% of them accept the “Big Lie,” but still it’s shocking.  More shocking, however, is the 21 million of those Americans who believe the election was stolen agree that “the use of force is justified to restore Donald Trump to the presidency.” Fur-ther, “At least 7 million of them already own a gun, and at least 3 million have served in the U.S. military and so have lethal skills. Of those 21 million, 6 million said they supported right-wing militias and extremist groups, and 1 million said they are themselves or personally know a member of such a group, including the Oath Keepers and Proud Boys.”

I can’t help but thinking that we’re in this situation due only to Donald Trump’s refusal to concede, as Al Gore did when the Supreme Court named George W. Bush the winner of the closer 2000 election. A concession by Trump now could end this nightmare.

I’m reminded of that famous quote from Trump that he could shoot someone in the middle of 5th Avenue and not lose any voters.  Well, here we are: he has, in broad daylight, shot a possibly fatal bullet into the heart of America, and he’s not losing any (or perhaps enough) voters. That’s what should scare all of us who want to see American democracy live for another day, much less another century.

Here’s an email  typical of ones I get from members of Cult-45. This writer never signs his name. I know him only as nierdav@yahoo.com:

You are horrified by a Ted Koppel segment? You are an idiot. The fake news media will show you what you want to see, lies. However, I am horrified by what you and your fellow “voters,” have done to this country. YOU have fraudulently ‘elected’ a non-human, demented old man, who has no clue where he is, and is handled by the scum of the earth traitors to this country, and are destroying it right before your eyes. And you still spout your filthy lies.

You and your fellow traitors are responsible for this.

And you are a despicable person.

Our grandchildren will have to deal with your deeds to destroy this country, and I’m confident they will.

Also in my inbox from a friend, this quote from Thomas Paine:

“Arguing with a person who has no reason is like giving medicine to a dead person.”

Such is my life nowadays. I’m reminded of my May 24, 2020, column lamenting that Trump supporters are “simply unreachable.” Given how unreachable they are, and despite my love of writing, I have concluded that there is little to gain from continuing this column. I may be inspired to revive it later, but for now I’ve decided to take a break from “talking turkey.”

Thank you, everyone who has supported my writing both financially and emotionally, and especially those who have given me business because of our shared opinions. Writing this column has been a great experience.

All 57 of these columns remain archived at www.TalkingTurkey.online.  I stand by all of them.