[Published on Oct. 4, 2012, in the Denver Post and in four Jefferson County weekly newspapers]

Are you attending the First Friday Street Fair in downtown Golden tomorrow? If so, be sure to walk one block north, across Clear Creek, to the American Mountaineering Center, where there will be an Electric & Hybrid Vehicle Round-Up from 5-7 p.m. At this event, you won’t just see the same plug-in Priuses, Nissan Leafs and Chevy Volts that you've seen before. You’ll also see some electric vehicles that aren’t yet in production, including a Chinese SUV that is totally electric and goes 185 miles on a single charge (see picture). You’ll also see one or more electric motorcycles and possibly an electric truck. Also expected: a Mitsubishi MiEV, a Ford Focus Electric, a Fisker Karma sports car, and a RideKick trailer that motorizes bicycles. It's fun! 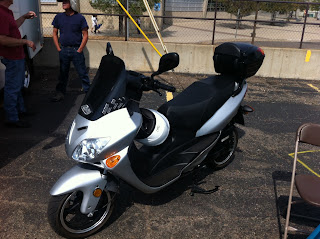 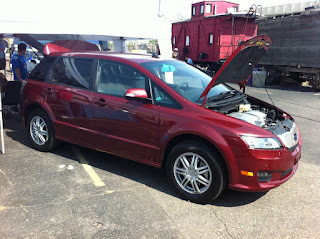 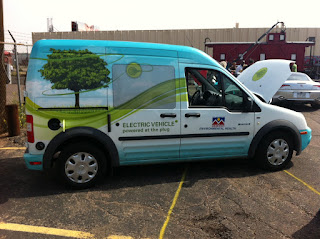 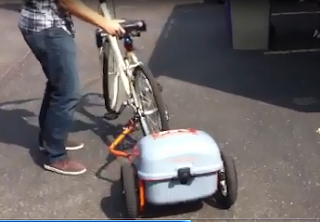