[Published March 6, 2014, in the Jeffco editions of the Denver Post's YourHub section] 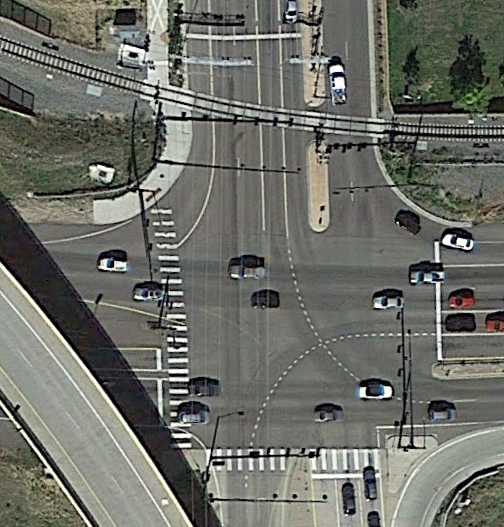 There are 80 arrivals and 80 departures of light rail trains from the Golden terminus every weekday.  Each of those 160 crossings of Johnson Road is preceded by a 30-second period in which traffic is stopped in all directions to allow any cars that may be on the tracks to get out of the way of a coming train.  That's almost 1.5 hours each weekday that traffic is stopped in all directions before the gates come down!  In the past year of light rail operations, however, I have never seen a single car that was stopped on or past the tracks.


The requirement to have this “flushing” time came about because of train collisions with cars, trucks and school buses in other locations where a rail line closely parallels a highway. However, trains in those locations are very long and traveling at high speeds — unable to stop if the conductor sees a vehicle on the tracks.


Even if there were a car on the tracks after the gates come down, light rail trains are traveling 10 mph at this crossing and could stop quickly. It is not right to apply the 30-second rule at this intersection. It only causes unnecessary traffic back-ups, especially on northbound Johnson Road and eastbound 6th Avenue.
If CDOT/RTD are going to preserve that function, they should reduce that time from 30 seconds to 5 seconds.