The charts below tell an interesting story about Jefferson County’s real estate market. It’s common knowledge that the inventory of homes is at historic lows and has been for the entire year, but it’s not for lack of new listings. As the charts show, the number of new listings being entered on the MLS is less than in previous years, but the number of sales is as high or higher than in previous years.

We call this a “sellers’ market” but this seller’s market is because of buyers’ activity, not because of sellers’ inactivity.


Inventory has been so low for so long that Metrolist (the MLS which supplied all the data below) should consider using fractions. Look at the bottom right chart. If you do your own math on the numbers below — dividing the number of active listings by the number of sales to calculate inventory — you can see that all of this year’s inventory figures were rounded up to “2” instead of rounded down to “2”, meaning that the inventory is actually under 2 months, but above 1.5 months. Where it shows “1” month, it’s actually just below 1.5 months.


The last chart shows the ratio of sold price to listing price. In a “normal” market, that ratio hovers between 95% and 98%, and it is really unusual to see it at or just below 100% as it has been for the past 18 months. Note: when the average ratio is 100%, it signifies that half of the listings sold for over full price.


I should point out that these statistics are for Jefferson County as a whole, which includes the foothills. The foothills market is not nearly as heated as the non-foothills market, which you should keep in mind when studying these statistics. For example, the inventory of foothills Jeffco listings has ranged from 4 to 6 months this year, compared to just over 1 month for the non-foothills areas of Jeffco.  In the foothills, the highest ratio of sold price to listing price has been 98.1%, not 100%. 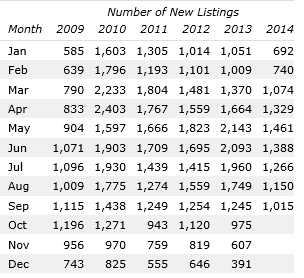 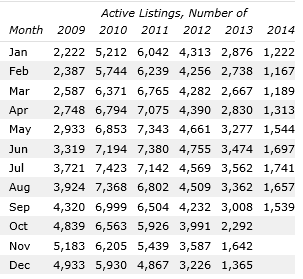 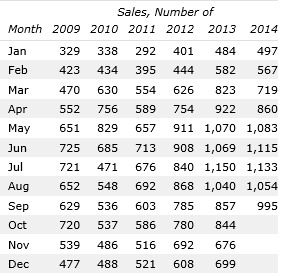 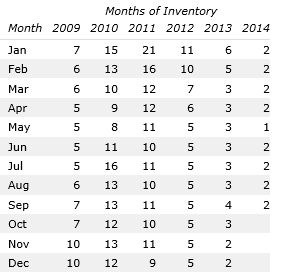 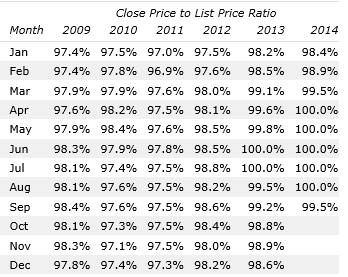