Climate Colorado Summit Gave Birth to Many Sustainable Initiatives, Including Mine

I was honored to be one of the presenters at the Climate Colorado Summit held Nov. 15 & 16 at the Wolf Law Building on CU’s Boulder campus.  My own presentation had to do with hastening the adoption of 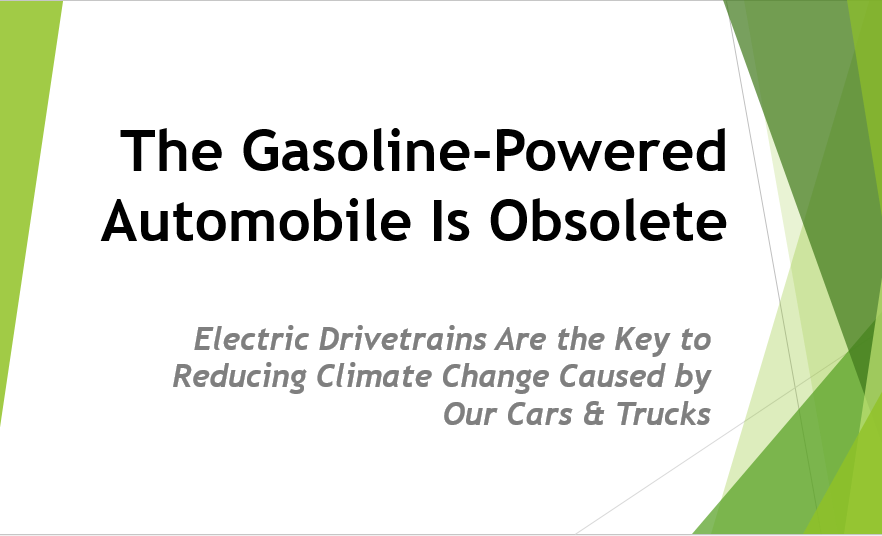 electric vehicles as a way of reducing transportation’s contribution of CO2 pollution.  I have posted a PDF of my PowerPoint presentation at www.JimSmithColumns.com in case you would care to view it. 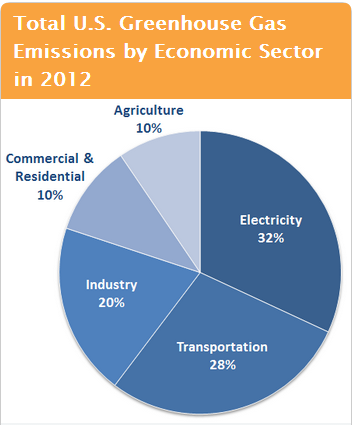 Other presenters, including my friend Steve Stevens, developed projects during the summit aimed at reducing sources of greenhouse gas emissions in the other sectors shown on this pie chart. 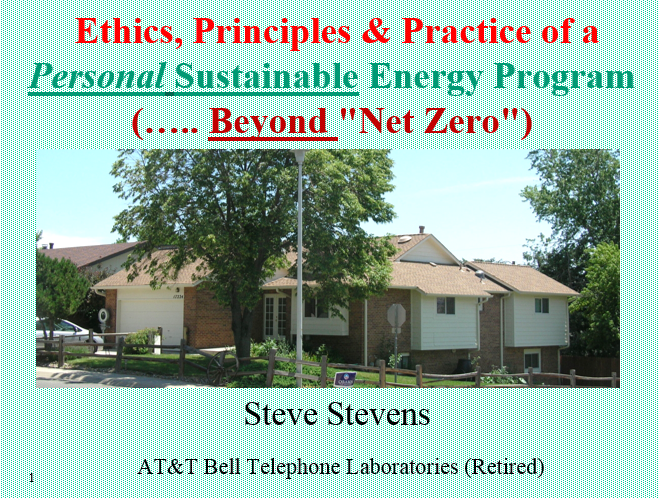 Steve’s presentation was on how he has slowly transformed his 1970s Golden home from an annual emission in 2002 of 12 tons of CO2 to a “Beyond Net Zero” emission of negative 7 tons by 2012. This was achieved both through adding active and passive solar systems and implementing strong energy efficiency measures, including “super-insulation.”  Steve calls this the “catch it and keep it” program for the use of energy from the sun.  A PDF of Steve's PowerPoint presentation is also posted at www.JimSmithColumns.com.

Each of the other presenters had the opportunity to share with attendees a “challenge” for a project that would advance their work. A method of “Rapid Prototyping” (developed by Google) was taught, and we worked in groups to develop programs to meet the presented “challenges.” 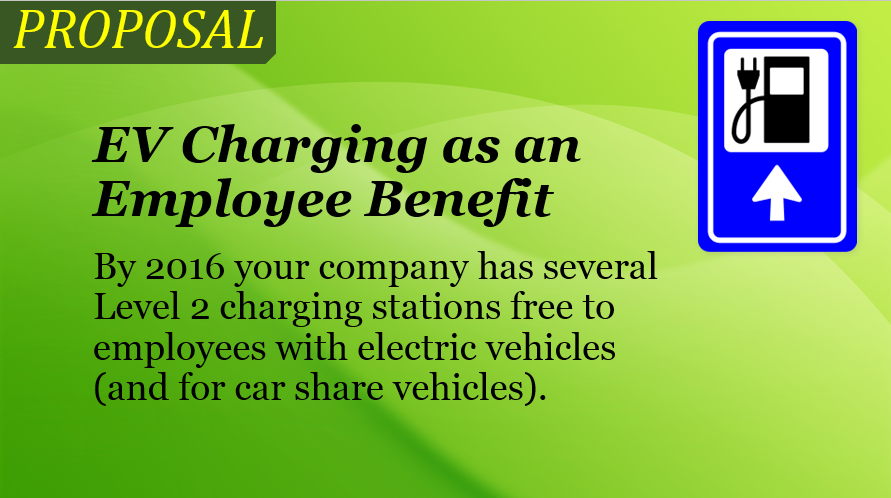 My challenge was how to convince business owners to install electric vehicle charging stations as an employee benefit.  The half dozen attendees who joined my team developed a PowerPoint presentation to share with employers. You can view a PDF of that PowerPoint presentation, too, at www.JimSmithColumns.com.
Steve’s challenge to the attendees was to spread the transformation of the existing housing stock to and beyond “Net Zero.” His team came up with a publicity campaign which included a corporate sponsored homeowner “sweepstakes.” Entry in the sweepstakes is made with “earned tickets” which are awarded based on the homeowners’ effectiveness in dropping their energy usage from a baseline measurement, with additional tickets for greater percentage drops.
Other teams addressed other challenges tied to their presentations. One, for example, focused on getting racially underrepresented  communities more engaged in the climate movement, with an immediate focus on promoting a Latino Eco Festival.  Another focused on creating an “energy literacy” curriculum for schools. Yet another developed a plan for creating “energy savings advisers” to work with and educate homeowners in Lafayette on reducing their carbon footprint while saving money on energy.
You can read more about the summit’s accomplishments and future Climate Colorado programs at www.ClimateColorado.org. My thanks to Bob Castellino for creating Climate Colorado and the summit and for inviting me to participate in it.