What Does a Full-Time Realtor’s Family Vacation Look Like? Well, Here’s Mine


[Published May 21, 2015, in the Jeffco editions of the Denver Post's YourHub section and in four Jefferson County weekly newspapers]

As you read this, Rita and I have just returned from three weeks’ vacation. Rita had earned a free trip to Paris as a BeautiControl director, and, since it’s a favorite destination of ours, we decided that I would arrive when she checked out from her hotel on May 7 and we’d stay together in Paris until the 14th. Because I had a 50th reunion at my Connecticut boarding school May 15-17, I thought it would be a good opportunity to take advantage of Tesla’s free Supercharging network and fly to Paris from New York instead of DIA. We flew back together to JFK where I had parked the Tesla, and we drove from there. 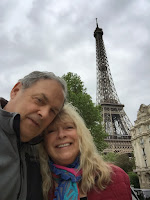 In Paris we stayed in a flat near the Eiffel Tower that I had found online. Committed as I am to sustainability, I was curious to see how France and Europe might have moved in the direction of increased sustainability since our last trip to Paris several years ago.
The biggest changes I found were in transportation, specifically the prevalence of electric car share vehicles (“Autolib”) and bike shares (“Velib”).  I posted videos describing each of these programs at www.JimSmithVideos.com, which is a shortcut to my YouTube channel.  I also shot a third video in which I wore my iPhone like a body camera (in my shirt pocket) and shot 30 minutes of video showing just what it is like to ride one of the Velib bikes around the heart of Paris, narrating as I went.  I hope you find it entertaining and informative! 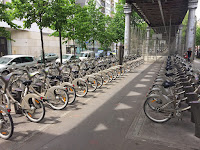 During that bike ride, I came across a woman who was taking one of the Autolib EV’s and interviewed her about that program. I wasn’t able to experience it myself because of the delays involved in registering for the program — providing driver’s license, etc.  Registering for the bike share program was quick and easy — 8 Euros for a 7-day membership, then I could pick up and return bikes as often as I wanted for free unless I kept the bike over 30 minutes, which I didn’t.
The videos contain URL’s for each program’s websites, where you can learn more about how they work. Both programs have smartphone apps and RFID cards which make them super easy to use.  Each app allows you to locate nearest rental stations and know how many cars or bikes are available at each.  Denver has a similar bike program, B-Cycle, which I hope will expand into Jefferson County at some point.  The closest thing we have to an EV car share program is Ethos Car Share in Golden, but it has only one location.

Parisians have always been bicyclists, but I would say that the majority of bikes I saw being ridden — and I saw lots of them — were the distinctive Velib bicycles, not personally owned bikes.

New York City has a similar, widely adopted program called Citi Bike (www.citibikenyc.com) with thousands of bikes at hundreds of stations around Manhattan, but the streets don’t appear as bike friendly as Paris, and I saw fewer of these bikes in use during my two half-days in the city — although still a great move towards sustainability (and wellness). On my YouTube video you’ll see how well Paris accommodates bicyclists. 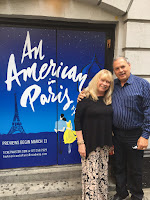 [Passing through New York City on our way back from Connecticut, Rita and I took in a Sunday matinee of the Broadway musical "An American in Paris," joined by our friends and former clients, Herb Rubenstein and Laurie Bassi, who sold their Golden home two years ago and moved to Brooklyn, to be closer to their two grown children. It was a pleasant bookend to our Paris trip!]
Returning from our visits to Connecticut and New York City, the all-electric Tesla really proved itself as a great long-distance car, thanks to the free Supercharger network. Our only cost to drive the 4,000 miles round trip was the wear on the tries — plus all those east coast toll roads and toll bridges!
Technology greatly facilitated my ability to stay in touch, greatly aided by having a highly capable assistant, Kim Taylor, back in the office.  An affordable international phone plan ($120 for 30 days from AT&T) allowed me to have virtually unlimited text and data use of my iPhone from France, with inexpensive voice calls (35 cents/minute). As a result, and with the help of Kim and others at our office, I was able to still be of service not only to my own clients but to our broker associates.