This Saturday You Can Learn About and Experience Electric Vehicles


[Published Sept. 17, 2015, in the Jeffco editions of the Denver Post's YourHub section and in four Jefferson County weekly newspapers] 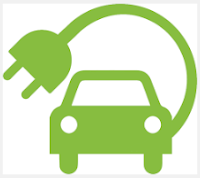 National Drive Electric Week is a nationwide celebration to heighten awareness of today's widespread availability of plug-in vehicles and to highlight the benefits of  all-electric and plug-in hybrid-electric cars, trucks, motorcycles, and more. They are fun to drive, are less expensive and more convenient to fuel than gasoline vehicles, are better for the environment and reduce our dependence on foreign oil. Also, electricity is the only fuel you can make at home (with solar).

Started in 201as National Plug In Day with the simple idea to hold simultaneous events across the country on the same day, the event has expanded to an entire week of events and changed the name to emphasize the experience of driving electric. This year, the event has grown to include 180+ events in 170+ cities, including five in the Denver Metro area. Three of them were earlier this week, but you can still come to Golden Real Estate’s parking lot on South Golden Road this Saturday, Sept. 19th, 10 to 2.  A similar but larger event is happening at the Aspen Grove Mall on Santa Fe Drive north of C-470 from 10 am to 3 pm. You’ll get to ride and drive many brands of electric cars (and bicycles at our event) and talk to owners. More info on events available at www.DriveElectricWeek.org.  Register for the Golden event at https://driveelectricweek.org/event.php?eventid=345

Electric propulsion has always been the preferred and more efficient method of moving vehicles but it wasn’t until the invention of high-density, long-life, quick-charging lithium ion batteries that electric propulsion became practical for automobiles. Electric motors are what propel those 110-car coal trains over mountain passes; the diesel engines in locomotives don’t drive the wheels, they merely create the electricity for the electric traction motors. Similarly, commuter trains and buses have always been electrically propelled where they could connect to electrical power lines. When electric cars were invented 100 years ago, they had to use impractical lead acid batteries.  As a result, gasoline cars, with their ability to carry their energy source with them, took over market share. But now electric vehicles can carry enough electricity on board to make them practical, and we can all begin to enjoy the economy and performance that is the hallmark of electric motors. High battery range and the proliferation of quick charging stations coast-to-coast and around the world mean the EV revolution is indeed a revolution and not a fad that won’t last.

Electric Bicycles Are the Next Big Thing

If you like bicycling but haven’t ridden an electric bicycle yet, you owe it to yourself to come to our office on Saturday, 10-2, and test ride a Pedego electric bike. Electric bikes aren’t the same as scooters. You still pedal, and the electric motor embedded in the crank or wheel hub responds to assist based on your own effort.  It’s called pedal assist technology. Studies have shown that people with electric bikes get more exercise than people with regular bikes, for the simple reason that they bike more!  My sister-in-law bought one and is now able to join her stronger husband on his rides, so she’s definitely getting more exercise now!