Researching and writing this column has given me an insight which many readers don’t have into what Trump supporters believe to be true about their candidate and what they are being told about Joe Biden. In addition to sampling Fox News (the primary diet of Trump supporters), I get lengthy emails from readers who are under the president’s spell — and who will remain under his spell no matter what the president says or does between now and the election on Nov. 3rd.

I have identified three principal themes to the Trump campaign strategy — and those themes will continue to work for his unquestioning and sheltered “base.” These themes are reinforced and given legitimacy by the base’s sources of information and opinion — the president’s tweets, Trump-promoting media like Fox News Channel, and emailed memes and narratives which are forwarded unquestioned by millions of Trump followers.  Here are some of them: 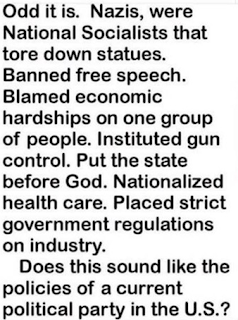 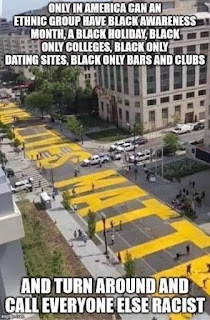 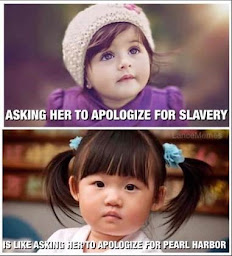 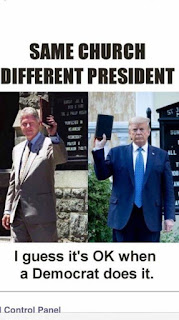 The three themes I have identified are: First, that Donald Trump, the “very stable genius,” has kept his campaign promises, revived a stalled economy inherited from Obama, and has been wrongly attacked (and spied upon illegally) from even before he took office. Second, Joe Biden is senile, can’t put two sentences together, and will be a puppet to supporters who are socialists/communists/Marxists (who “hate” America). Third, the country is under attack from out-of-control looters and rioters in Democratically-controlled cities. This third theme is reinforced daily by Fox News, which consistently focuses on this violence and especially on the injuries sustained by police officers. Anyone watching their reports would think this violence is far more widespread than it is and would naturally applaud Trump for sending unidentified federal officers in unmarked vehicles to, in effect, kidnap demonstrators, who they immediately release because they can’t charge them with a federal crime.
Regarding theme #1, I have a few observations. How anyone can buy that Trump is a genius, on a par with Einstein, is beyond reasoning. He says he know more than the generals, more than medical experts, more than experts in any field. He doesn't need or respect scientists on such topic as climate change. Economists have verified that Trump inherited a healthy economy from Obama and that his Tax Cut and Jobs Act (what jobs?) was unnecessary to stimulate the economy and only enriched the wealthy.  Economist Elliot Eisenberg told me, "The Trump years since he took over from Obama were roughly the same at 2.1% growth.  The only difference is that in 2018, growth was better due to the tax cut. Now Trump did some deregulation and that probably helped boost growth but not that much.  Trump’s policies helped a bit at the margin but nothing big."
Regarding "Obamagate" (the "spying" by the FBI on the Trump campaign), it was prompted by the routine taping of Russians' phone calls, and given their phone calls intercepted with the Trump campaign, of course the FBI should have followed that lead.  If Obama really wanted to put his finger on the scale during the 2016 election, he wouldn't have kept that intelligence secret. Given that Trump won the election, he probably regrets that he kept that intelligence private.

To counter theme #2, I would like Joe Biden to request a town hall program on Fox News, and speak out if he is denied such an opportunity.  Pete Buttigieg was given that opportunity by Fox and did an excellent job of countering whatever negative narratives viewers may have had about him.  How could Fox justify denying the same opportunity to Biden? Since theme #2 is that Biden is senile and “doesn’t know he’s alive” according to Trump, a town hall meeting would be a perfect opportunity — better than a debate with Trump — to counter that narrative.

And then, of course, there are the conspiracy theories propagated online and in Trump’s tweets, which are too numerous to mention here. Click on that link.

Although Trump supporters aren’t inclined to do so, I recommend Googling each outrageous claim sent to you, or go directly to www.Snopes.com to get the background and truth.  Whether it’s “too good to be true” or “too bad to be true,” it probably is not true. 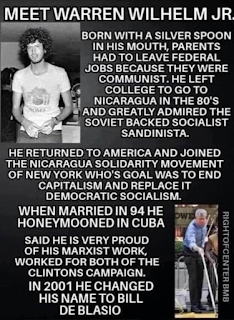 Consider, for example, the above meme about Bill deBlasio. Did he change his name from Warren Wilhelm, Jr.?  From Snopes I learned that, yes, he did, and for good reasons. His nickname was Will, and when his mother divorced his abusive father, she and he took her maiden name. My dad, born Abbott O’Brion, and his mother did the same after she divorced my grandfather, taking her maiden name of Smith.