When It Comes to Real Estate Statistics, We Should Think “Median” not “Average”


Excuse me for getting a little nerdy here, but it’s important to know the difference between “median” and “average” when studying the real estate market, and here’s why.

Now let’s look at “Days on Market.” Let’s say those five homes took 1, 2, 5, 7, and 150 days to go under contract. The average days on market would have been 33, while the median would have been only 5 days. Which is more useful?

These two hypothetical scenarios are precisely what we’re seeing in the real estate market. Luxury homes are selling much more quickly than they have in years past,  inflating the average sales price, whereas the median sales price by definition discards both the lowest and highest data points, providing a more accurate picture of what’s happening in the market. 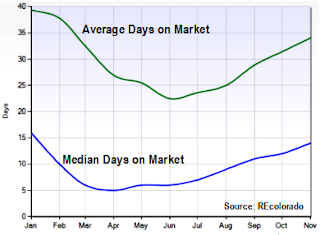 
Despite this, statisticians and market analysts keep reporting changes in the average sales price or the average days on market instead of giving us the more meaningful median statistics.