It’s easy to focus on the many personality flaws of President Trump, and his supporters keep telling me to focus instead on his wonderful policies and accomplishments. So here we go.

I was inspired by this email I got from a reader, Larry C.:

I wish you would try to explain just what these people think Trump has been so great in accomplishing, and what are the policies they so agree with.

Tax cuts for the wealthy that have put the national debt into the stratosphere?

Appointing judges who, with few exceptions, will rule against the working class in favor of monied special interests?

Destroying environmental regulations that benefit only the energy companies.

Trade policies that have raised prices for all of us while seriously hurting Midwest farmers?

Constantly kowtowing to Putin and other dictators as he works to destroy our NATO relationships?

It can only be that they like his immigration position, and in that way they identify with Trump’s racism. That’s all there is to it.

What Larry didn’t mention, but is equally important, is Trump’s denial of climate change — not merely denial, but a policy of neglect toward mitigating the effects of climate change, which are becoming more real every day and every year.

I remember hearing that right after Trump took office, he ordered that the words “climate change” be banned from the Environmental Protection Administration’s website. A search of epa.gov now shows over 20,000 mentions of the term (link)  It remains true, however, that the president pulled the United States out of the Paris Accord on Climate Change and has actually worked to promote fossil fuels which contribute to climate change. Because of the consequences of climate change, this policy will be among the worst legacies on the Trump administration, and the damage from failure to focus on the topic is already apparent in the wildfires and severe weather we are experiencing every year. Had you heard of “derecho” before this year? How about “polar vortex”? I lived on the east coast for 40 years and remember one or two hurricanes and no “super storms.” This is clearly a crisis requiring presidential leadership, not total neglect. 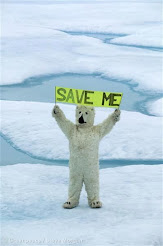 One of my first “Talking Turkey” columns had the headline, “Covid-19 Is Putting Trump’s Disdain for Science to the Test. How’s He Doing?” (link).

I think we know the answer now better than ever.