Just Listed (but not ready to show): Tri-Level with Basement Near Kyffin Elementary & Light Rail

[Published June 12, 2014, in the Jeffco editions of the Denver Post's YourHub section and in five Jefferson County weekly newspapers] 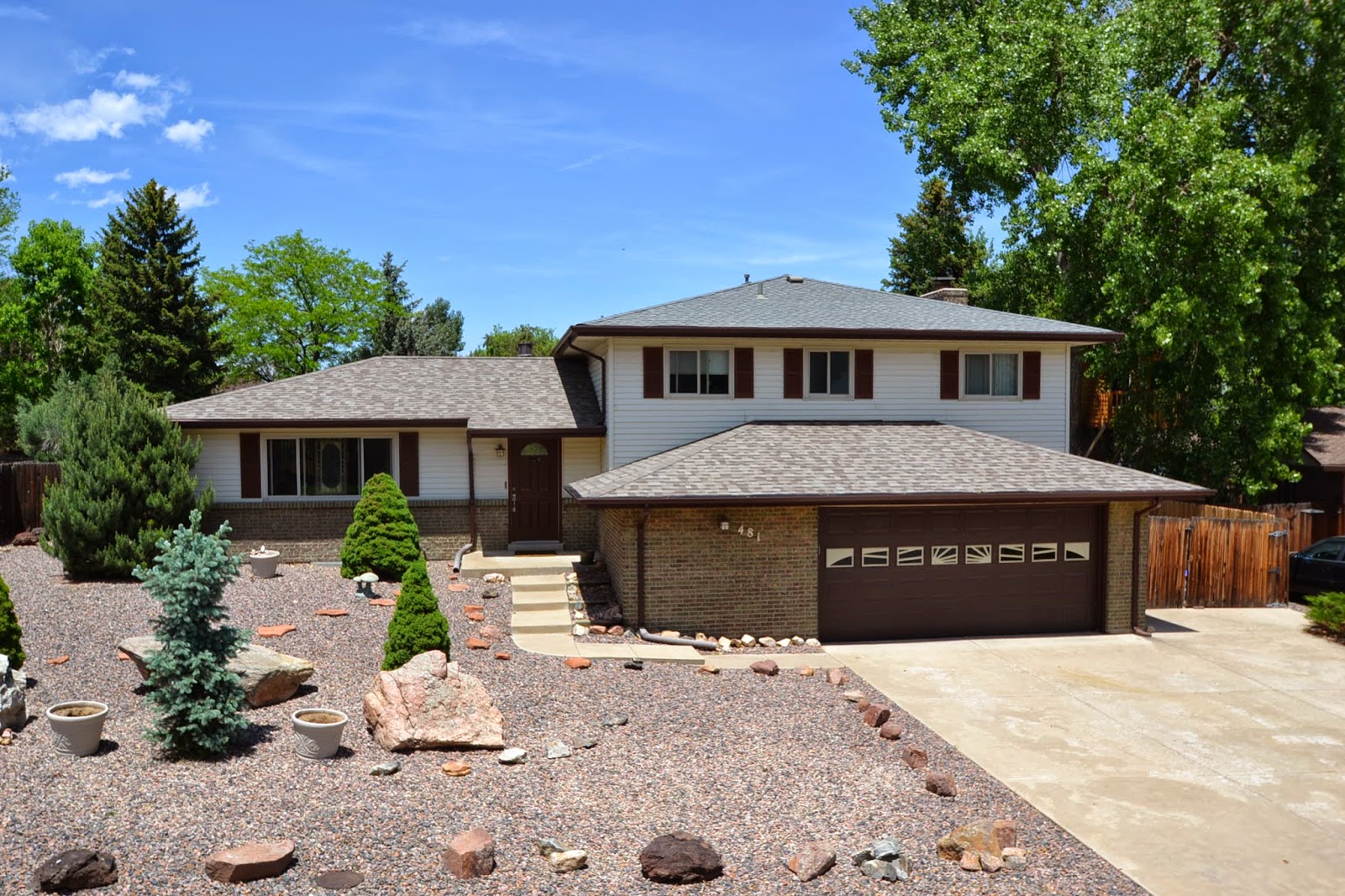 That park is unlike any other I know, because it has no streets bordering it. There are three cul-de-sacs which touch it, and another walkway between two homes, but the park is surrounded by homes, so quite literally, no one can drive past this park or even know it exists unless you drive into one of those cul-de-sacs. It recently had all new playground equipment installed, too. The home is also a short walk away is the Red Rocks Community College stop on the light rail line.
There’s lots to love about this home. For starters, it has an oversized 2-car garage. In the picture you can see that there is a large area to the left of the garage door. That has been walled off into a separate workshop.  The driveway is extra wide, as you can see, and you could park an RV there or through the double-wide gate next to the house.
Because the home is on a curve in the road, the lot is pie-shaped, making the backyard extra large. At www.6thAveWestHome.com you will soon be able to take a narrated video tour. Showings are expected to begin next week, not now.
Posted by Jim Smith at 9:18 AM