What Is Behind Trump’s Opposition to Immigration, Legal or Illegal?

All of us (especially Native Americans) know that this country was built by immigrants. In school I wrote a term paper on “Jacob Riis, and the Rise of Municipal Reform.” His story is that of a Danish immigrant who loved America but saw the suffering of fellow immigrants in the tenements of New York City and worked his whole life to improve conditions, winning the respect of, among others, New York Police Commissioner Teddy Roosevelt along the way. 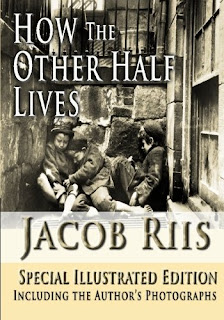 His 1890 book, How the Other Half Lives (Amazon link), is a textbook for how one man can make a difference, making him a role model for myself among, I’m sure, so many others who wish to leave the world a better place than they found it.

Journalism was his tool. He met TR when he was a police reporter for the New York Tribune, and the two of them would venture out together late at night in the slums to witness (and report on) the terrible conditions. Not only is Jacob Riis my role model in journalism, Teddy is my role model in politics. He actually cared about people and, despite being from a “blue blood” American family (like me), he appreciated immigrants.

Donald Trump is not in that tradition.  Have you noticed?

It’s not that Trump doesn’t value immigrants. He hired many of them to work in his father’s buildings, and to build his skyscrapers and casinos (link to Vanity Fair article). His often racist and certainly xenophobic tweets about immigrants are not rooted so much in a personal animus towards them, but he says those things because they appeal to a base which does feel that way. Fear is such a great tool for a politician, and the president is masterful at using fear to stimulate and mobilize his base.

What’s puzzling, though, is how his opposition to immigration has spanned the entire spectrum of races and nationalities. Although he spoke of welcoming blond-haired Norwegians as immigrants (link to Reuters article), even white Europeans (like Jacob Riis) are not welcome in Trump’s America. We should, I suppose, consider them “collateral damage” in the campaign to keep America from diversifying any more than it already has.

The five black and brown immigrants who were nationalized in the White House recently didn’t know that the footage of that event would be used as window dressing for the Republican convention (link to ABC News segment), masking the president’s actual attitude toward all immigrants. They probably feel used, but who among them is likely to complain? It’s just so sad to see them used that way.

The purpose of such tidbits is to give his fans the means to deny his (and their) true racism and xenophobia.

By now, Trump supporters probably realize that his actions and statements (which they love) aren’t rooted in core beliefs, but so what? Although he has been a pro-choice Democrat in the past (link to BBC report), what’s the problem? Trump has found his happy place as a pro-life, anti-immigrant politician. Those voters feed his ego more devoutly (guns drawn!) than progressive voters ever would.