I have done exactly what Donald Trump has asked of every American since he came down that gold escalator in June 2015 — to think only about him day and night.

This is how he likes it, and it has been exhausting for me and I suspect also for you. I look forward to ignoring him starting in 2021.  It will drive him nuts.

As I sit down to write this 28th and final “Talking Turkey,” it’s a challenge to do more than breathe a hopeful sigh of relief that our long national nightmare is coming to an end — and peacefully so. Here are my closing thoughts.

First, it’s apparent to me that Donald Trump’s two “winning arguments” are that he is against abortion and that Joe Biden is a Trojan horse for a radical left “Democrat party” that will destroy America through socialism and communism/Marxism. A third argument, that he inherited a bad economy from Obama and made it great, is hardly worth discussing. His shameful tax cuts for the wealthy, which gave crumbs to the middle class, merely supercharged the already healthy economy he inherited and massively ballooned our national debt, benefiting only Wall Street.

The argument about socialism also deserves dismissal. The programs that are identified as “radical left” and “socialistic” — Medicare for All and the Green New Deal — are essentially ones that have been in place for years or even decades in Canada, the United Kingdom and most European countries. We are laggards in adopting them.

Regarding abortion, I have pointed out that being pro-life is something Trump only adopted to court evangelicals and is not a core belief.  He was a pro-choice Democrat in New York.

I have gotten the impression that people cite opposition to abortion as their reason for supporting Trump, using it as a cover for their unspoken support of white supremacy and anti-black and brown immigration. This is particularly true for the evangelicals, because there are so many non-Christian aspects of the man they are required to overlook.

After all, why would someone opposed to abortion support a President who separated babies from their mothers as a method of discouraging refugees and immigrants, encouraged rally-goers to beat up anti-Trump demonstrators, and said that the white supremacists included "many fine people," not to mention supports the killing of adults (i.e., the death penalty)?

As we all know by now, there are countless lies and conspiracy theories, many of them by QAnon, charging various Democrats (especially Trump’s guilty pleasure, Hillary Clinton) with crimes. Here’s the question I keep asking those who believe the charges of crimes by Democrats: If these stories were true, it is totally within the power of the Republican-controlled Senate to hold hearings on them. Why don’t they hold those hearings? Obviously it’s because public testimony would prove them to be false. It’s more useful politically for McConnell and Trump's other enablers to keep those lies circulating on social media instead of providing an opportunity to disprove them. 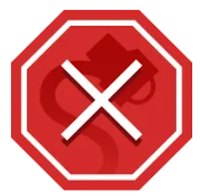 Most Trump supporters agree he’s a terrible human being, but there are some who think he’s “a good man,” citing an urban legend about him paying off the mortgage of a black man who changed a flat tire on his limo. It was totally disproved on snopes.com in 1998, but when I informed a Trumper of this, his response was predictable: “Snopes is owned by George Soros” (another urban legend). Trump supporters simply can’t handle the truth.

Assuming (again, hopefully) that Donald Trump is defeated next week and his sycophantic majority in the Senate evaporates, Trump will cease to hold the sway that he has held over Republicans, and “the truth will out.” It may take time for his hard core alt-right white supremacists to withdraw into the shadows where they resided before Trump emboldened them to “unite the right” as they did in Charlottesville. The majority of Trump supporters will, I believe, follow the path of Germans after Hitler’s downfall and come to realize how badly they were duped and misled by the worst president in American history. It will take a while, but it will happen. America is too strong to fall. We will recover.